The Re-Birth of Longboarding 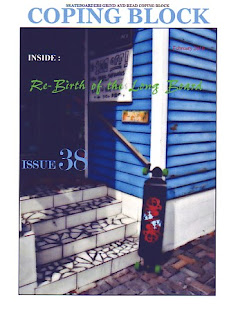 
Some say that everything happens in cycles, that there’s nothing new under the sun, that what was once forgotten will again take center stage. These days we are seeing a renewed interest in the LONGBOARD and it’s various fun, exciting, and quirky applications. From the heart and lung expanding downhill speed runs, to the long “S” carving of sloped concrete environments, to the sharp skilled power sliders, to the urban freestyle cruisers, to the mellow low dough transportation enthusiasts, and of course the weekend driveway rebels. The Longboard is the fastest growing segment of Skateboarding today, and there are all kinds of companies popping up to super serve those new and recycled skateboarders all over the globe.

The time was the mid seventies, the place was somewhere on the central west coast of Florida sitting on a very comfortable couch, and clutched tightly in young hands was the latest issue of the now defunct Skateboarder Magazine. Eager eyes roamed page after page monthly so that a mind hungry for skateboarding could consume all the content that was served up, and quickly. It was amongst those skateboard vitamin filled pages that my first consumption of Longboarding was realized. Those early images of Bruce Walkers quiver, plus Tom Sims and his ultra collection of skateboards stick out in my mind like aged cactus spines poking into flesh. I had no Longboard back then, just fruitless dreams of owning a G&S Fibre-flex with a Gullwing truck in the front and a Tracker Truck in the back holding on to a set of freshly mounted OJ Wheels. If you have been skateboarding as long as I have, some thirty-seven years, then you know what I’m talking about. But then in the following months, I began to see Longboards on sidewalks, in skate parks, and on television, and I had to have one too. 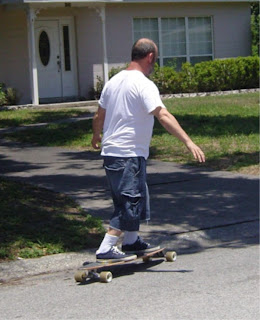 Ray Diaz longboarding in front of his Tampa Home.

Today, Longboards are a common sight on the sidewalks that snake around the peninsula that I live on. Just look around the city and you’ll see the young, the old, students, working adults, wave deprived surfers, just about everybody wants one or wants to try Longboarding. It’s accessible, less intimidating then street skating involving steps, rails, and abstract urban objects. Far less committed for the beginner than what bowls and ramps suggest, but you get that same spiritual gratification from rolling on four wheels with the wind in your face. Longboarding is the new ambassador of skateboarding. 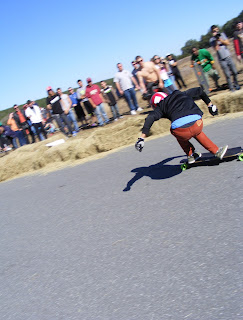 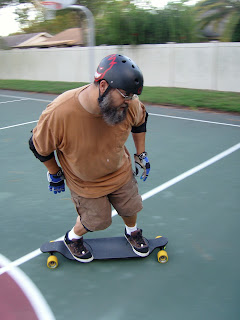 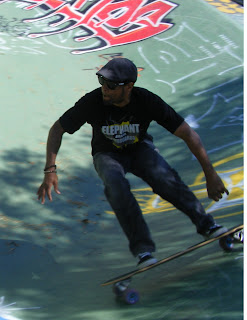 Loaded, Bustin Boards, LandYachtz, Sector 9, and now Never Summer, represent companies that know who their customers are and how to target those particular skateboarders. Different philosophies and techniques to design, produce, and market their Longboards across the globe, set these companies apart from the pack of manufacturers who are jumping into this re-birth of the Longboard. 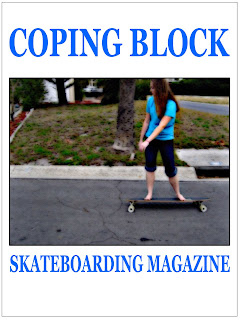