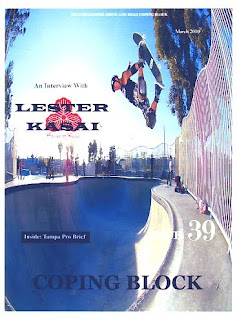 
Lester you are a true athlete, out of all sports why Skateboarding?


Well, when I was young I got into baseball, basketball, football, golf, roller skates, BMX and surfing. I started skating in the street in 1977 but when I heard about a skate park near my house called Skatopia in Buena Park, California… I went to go check it out. Wow, I was blown away. The park had all kinds of concrete bowls, a long downhill half pipe and a snake run… I couldn’t believe how much fun it was to ride a skateboard on transition… it was just like going to Disneyland and riding a roller coaster… after experiencing Skatopia, I knew I was going to spend a lot of time on my skateboard.


What was your first really good complete skateboard set up?


Where did you live back then? 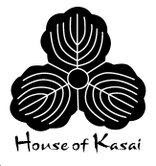 Did you have a favorite skater back in those days that you looked up too?


What skate spots were available to you at that time? 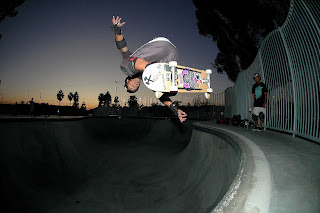 Tell me about your first time at the Pipeline at Upland, what was going through your head when you saw those massive vertical walls capped with big coping?


I was scared… but so stoked to get in there and skate it… that bowl was fast, rough, vert, and pitchy… you had to be on your game in that pool and you had to respect how gnarly it was or you would get handled.


When did you realize that you had this ability, this great potential inside to do big things in Skateboarding?

I don’t think I ever realized anything like that… I just wanted to go fast and do airs… to this day… I still get that feeling of pure enjoyment and excitement when I’m skating… like I said earlier, I get the same feeling when I ride a roller coaster… it’s that exhilaration that keeps me coming back to skating. 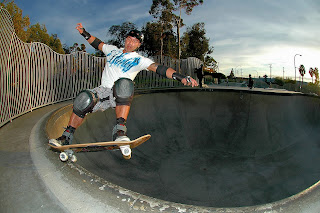 Who were the skaters that you session with frequently?

You’ve been on Tracker Trucks forever it seems, but were they your first sponsors?

Gullwing was my first sponsor.


Who are your current sponsors? 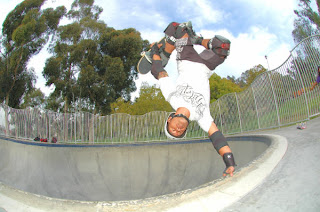 Lester Kasai and Bio air go hand in hand. As a matter of fact, you were the first person I witnessed almost go in orbit on a skateboard, what’s your secret for launching such high airs?

No secret… I just want that feeling… that feeling of flying… higher the better… you know, Superman is my favorite ride at Magic Mountain… it goes really fast and high.

I must say, I thought you got ripped off at the Pro-Tec pool party at the Vans Skate Park. How did you feel about your showing there?

Well that’s kind of you to say but as long as I skated the way I planned then I am more than happy with whatever placing a judge is going to give me. I see contests as a challenge to myself… a challenge to my skating… it makes me dig deep inside myself to see what I’m made of at that particular time… it’s a test for myself and I enjoy the pressure even though it makes me queasy. It’s also really fun and intense to skate with all my childhood friends in a high-energy session. I think my placing at the Pro-Tec pool party was fair. 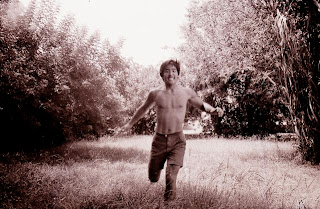 Very few skaters have the ability to make hard tricks look easy. Lester, you just happened to be one of them, with your smooth as butter style that flows like water. Do you think that your flow has hurt you in some contests?

Well… back in the day… I use to enter contests at 100% effort… pretty much all or nothing… I would skate until I blew up… now days… I just want to be more in control… I’m not a young kid… I want to be able to skate when I’m in my golden years… I say smooth is the way to go… look at Cab… so smooth.


How important is music in your life and whom were you listening to today?


Music is absolutely important… I listen to a wide range of music… it all makes me feel different but it drives my attitude… when I skate I like old school punk, Dead Kennedy’s, Sexpistols, Agent Orange. I also listen to the Distillers, Horrorpops, Parasites and I really like Punkabilly or Pyscobilly. When I’m not skating I like to listen to old school Hip Hop, R & B, Reggae and I sometimes listen to dudes like Sam Cooke, Nat King Cole and Sinatra.


Tell me about the House of Kasai, and the history behind your decks graphics?


Hmm… well, HOK was started in the early 80’s with the help of Tracker Trucks Larry Balma. Larry and I put together board graphics with a Japanese theme behind… well of course I am Japanese America but my mom and pop were both born and raised on Maui, Hawaii. Well, that led to a series of successful selling HOK decks… including one from Adrian Demain. Unfortunately, we had to close shop in the early 90’s after the decline of vert and skate parks… I didn’t have the will to keep anything going at that time… I had to find a job and go back to college… so I stopped skating and took up skim boarding, surfing and snowboarding during the mid 90’s and early 2000’s. I started skating again in 2005 and Tracker did some reissues for me, which sold well. My old fans asked me to bring back HOK. A friend and I decided to give it a shot and brought back HOK… that worked for a little while but things got difficult the last year so I no longer have a partner. I’m still doing HOK reissues with Tracker but I’m figuring out how to keep HOK going on my own… that’s my new journey to look forward to in 2010. 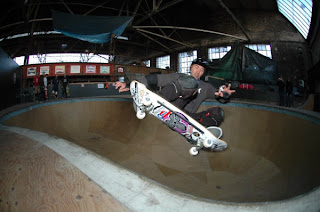 Could we see a long board coming from the House of Kasai in the future for us old cruiser types?

I would love an HOK long board… I’ve been thinking of getting one myself… there so much fun.


Lester, you look like you’re in top shape, are you lifting weights or on a special diet?


Dang, in 2005 I was weighing almost 200 pounds at 5’ 6”. I was doing computer repair for work and I was chain smoking. I started skating, quit smoking and quit eating red meat in 2005 and loss a lot of weight by just doing that. I work out, run and do yoga now… and weigh in around 145 to 150 pounds. I eat fairly healthy but I still keep things in balance though… I like wine and beer… oh and pizza.


How many hours per week are you on your board these days?


I skate two to three hours a session almost every day. I only take a day off when my knees or back hurt. It’s hard at 43… I just want to skate everyday but my body just says no.


What’s your honest opinion of how contests are run? What would you do differently?


I’d bring the head to head format back… one skater against one skater and see whom advances to the next round. Well, it’s exciting to watch “free for all” jams with 6 skaters in a bowl at the same time almost running each other down. Sometimes I think it’s a little too gnarly though… I hate seeing people get hurt. Well, maybe jams are just a little too gnarly for us old guys because we can’t see as well as we use to.


Do you think they need a super masters division so old farts like myself can get our roll on?
LOL!


You can totally get your roll on… that would be sick. I read they just raised the masters cut off to 40 and over… it was 38 and over. I’m sure that number will continue to rise in the future. 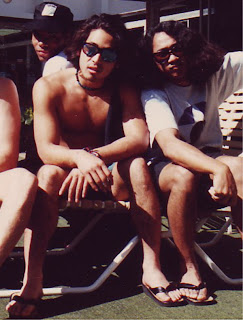 What’s the fastest way for a skater to get a Lester Kasai Deck?


Reissues from Tracker Trucks and hopefully directly from me soon.


What is your current local skate spot and who’s skating with you most of the time?


Culver City Skate Park is my local spot. I skate with my buddy Keoni most of the time. I sometimes skate with Pat Ngoho, Bennett Harada, Jim Tesnar and Chris Russell.


When I’m in California and I need to get my munch on, who has the best fish taco’s in your area?


I remember seeing you in St. Petersburg, Florida for one of the Vert Ramp contests at John Grigley’s house back in the day, which visit came first, the St. Pete Ramp or Kona Skate Park?

Kona… in fact, last year I attended the Florida’s Bowl Riders event and that was my first time back to Florida in around 20 plus years or so. Kona was awesome. It was so nostalgic for me. The first time I went to Kona was with Tony Hawk for a contest back in 1982. Tony and I were too young to travel alone so my mother took us. I remember Tony and I being so into Oingo Boingo back then and Kona would blast Oingo Boingo for us at the park. 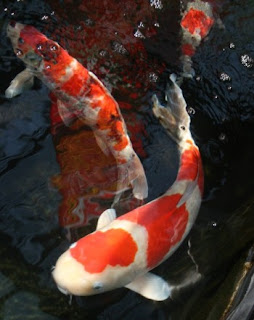 Lester, was it the Hawaii contest, or the Bill Danforth’s Contest in Dayton Ohio, that I saw you last?


It may have been Hawaii… I kind of drifted away from contests at that time of my life… but wasn’t Hawaii a blast… so much fun.


By the way, I think the clean head is way cool on you man?


Haha… I only shave my head because my hair stopped growing in various spots.


What else would you like to accomplish in Skateboarding?


I think I just want to skate with my friends… makes some cool looking decks and help skaters to have fun in any way I can contribute.


Linda Prettyman at Tracker said you were in love, is that true?


Yes… I’m in love with my lady Anna from Germany. We’ve been together for about a year now. America to Germany is a very long distance relationship but it’s somehow still working. I’ve been spending a lot of time in Germany. I skate at Hamburg’s Ipunkt Skateland, Fruchtallee bowl, Rote Flora bowl and the Dusseldorf OMSA bowls while I’m in Germany. The German cites are building many good concrete skate parks out there too. They have a nice skate scene out in Germany.


Cement by far… I still enjoy steel for certain things but my heart lies with cement. The grinding sound and feeling just can’t be beat… there’s an aggression in it that I love.


Where have you wanted to go skate but haven’t yet?


I want to skate Black Pearl and that huge skate park in China.


Do you street skate or focus on bowls and pools?


Pretty much just pools these days.


Any projects or plans for the future that you’d care to share?


Not really… just taking things one day at a time… well… I did get a new beagle puppy… that’s a pretty huge project.


Thanks Coping Block and thanks Cleo… it’s been great chatting with you bruddah!!!