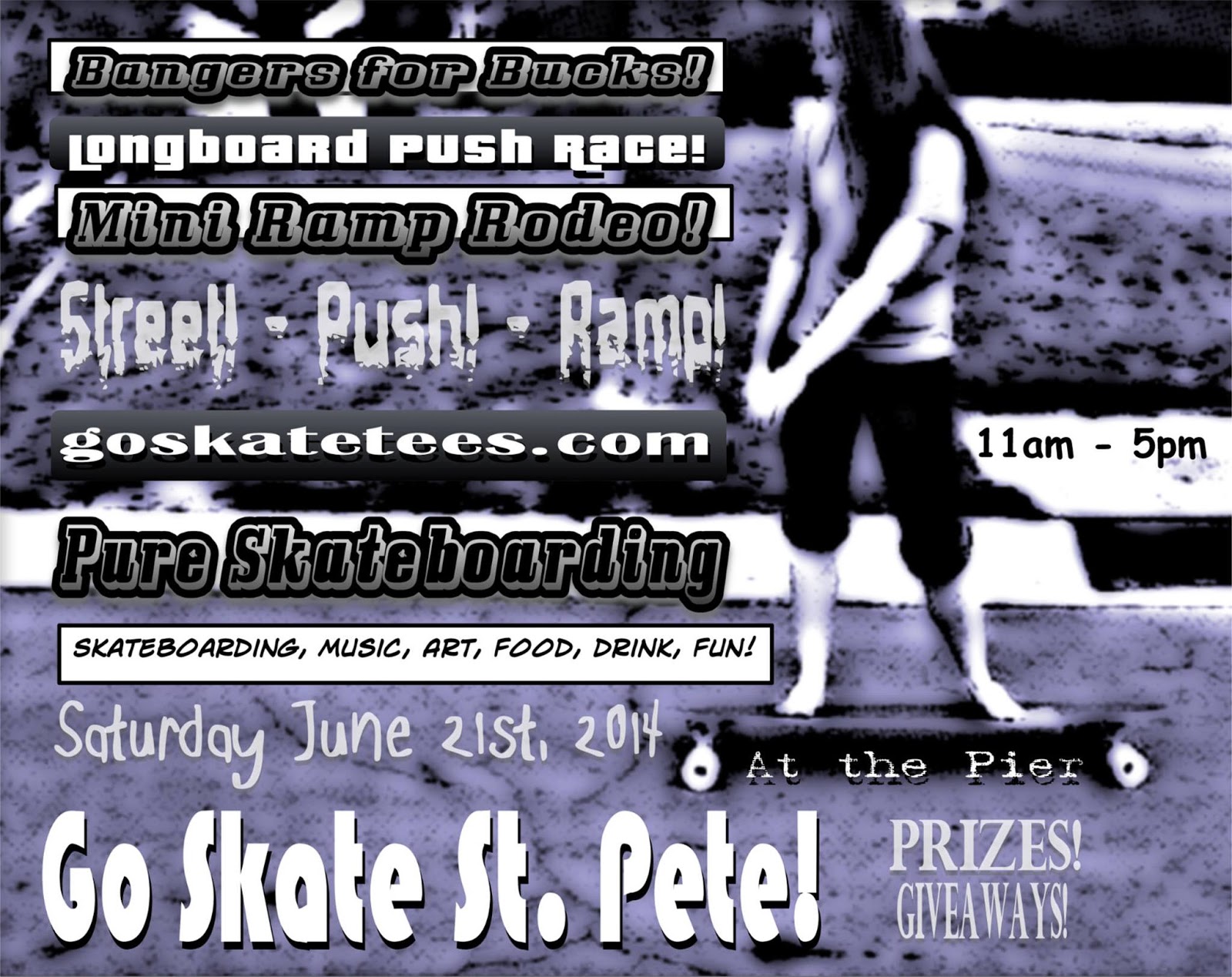 There will be all forms of skateboarding going on for all the different types of skateboarders!
Bangers for Bucks for the street skaters on a street course, a mini ramp rodeo for the tranny skaters, and a grand push race from the base of the Pier along Bayshore Drive past the historic Dali Museum and back to the Pier! Vendors, artists, musicians all gathered together form 11am to 5pm. Raffles, Prizes, Giveaways, and more! Be there and support skateboarding. 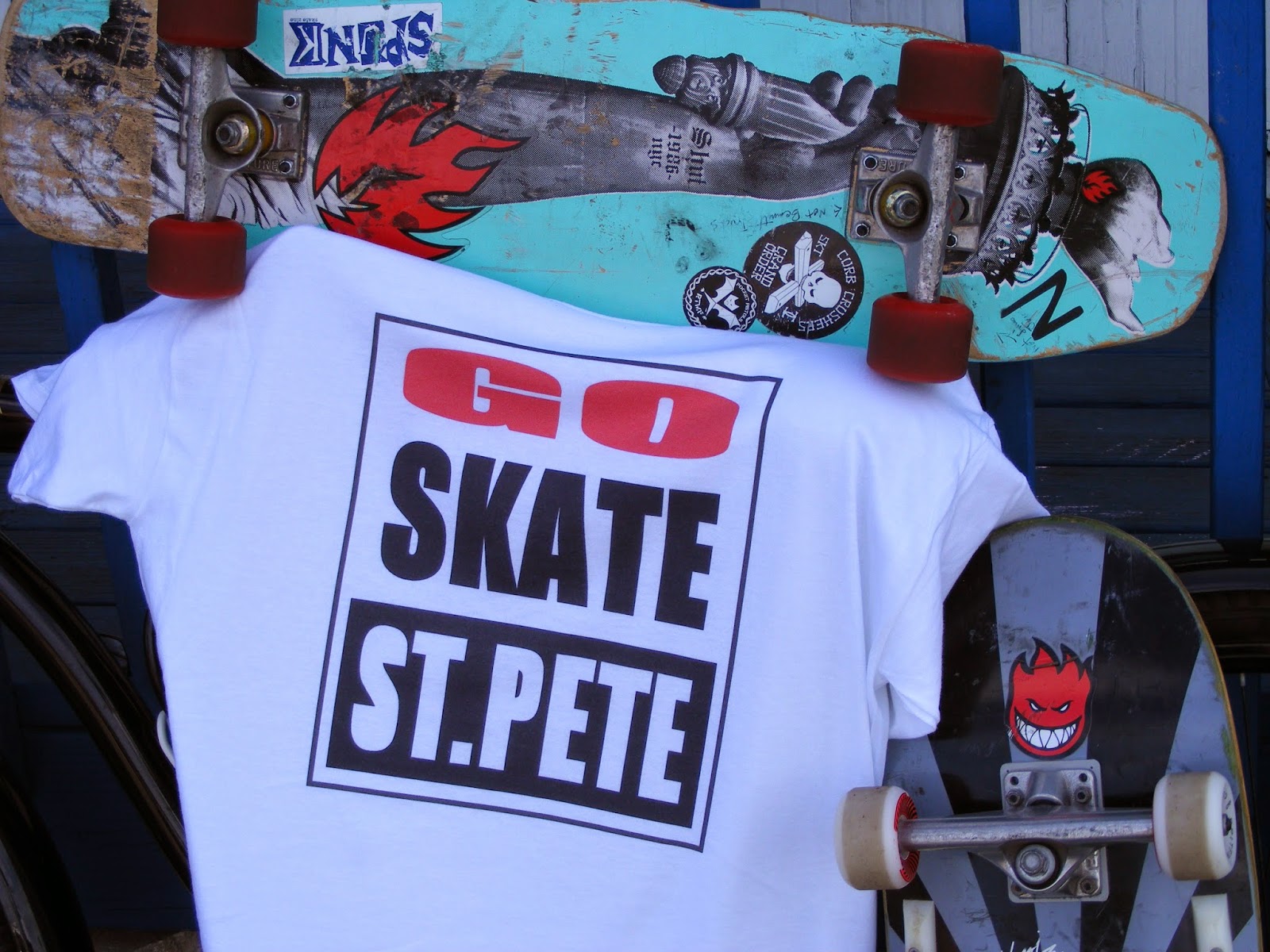 The really great thing is that we are working to help two charities during this event.  The Tilmann Foundation and their "Helmet for a promise" program which provides helmets to action sports participants. They will be accepting donations on site.
We are also helping Cure Duchenne, and with every "Go Skate St. Pete" T-Shirt purchased a dollar goes to Cure Duchenne! You can participate immediately on-line at www.goskatetees.com 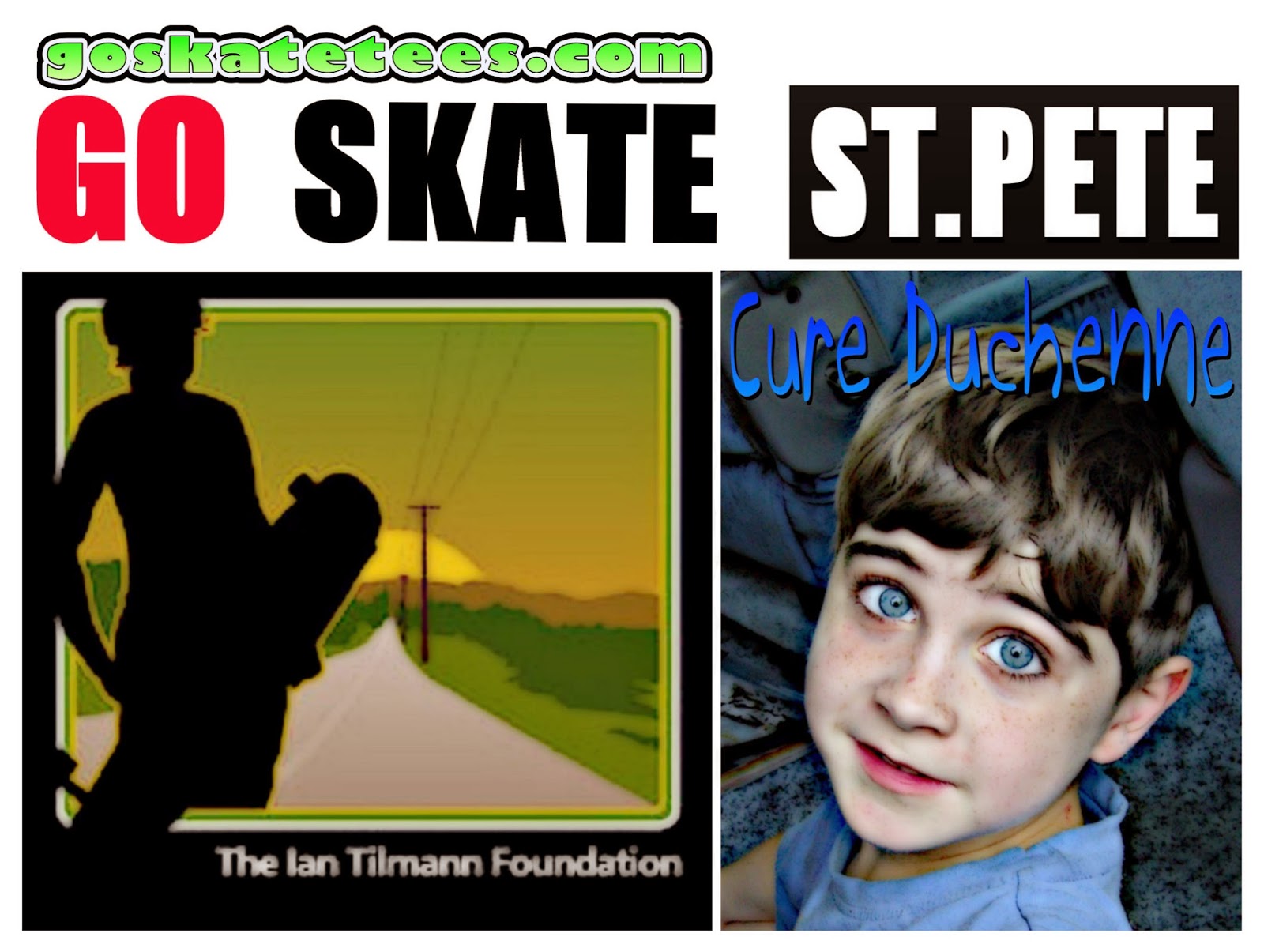 Were just a a handful of old skateboarders trying to make a difference while enjoying a sport we love.     Thanks in advance for your contribution. 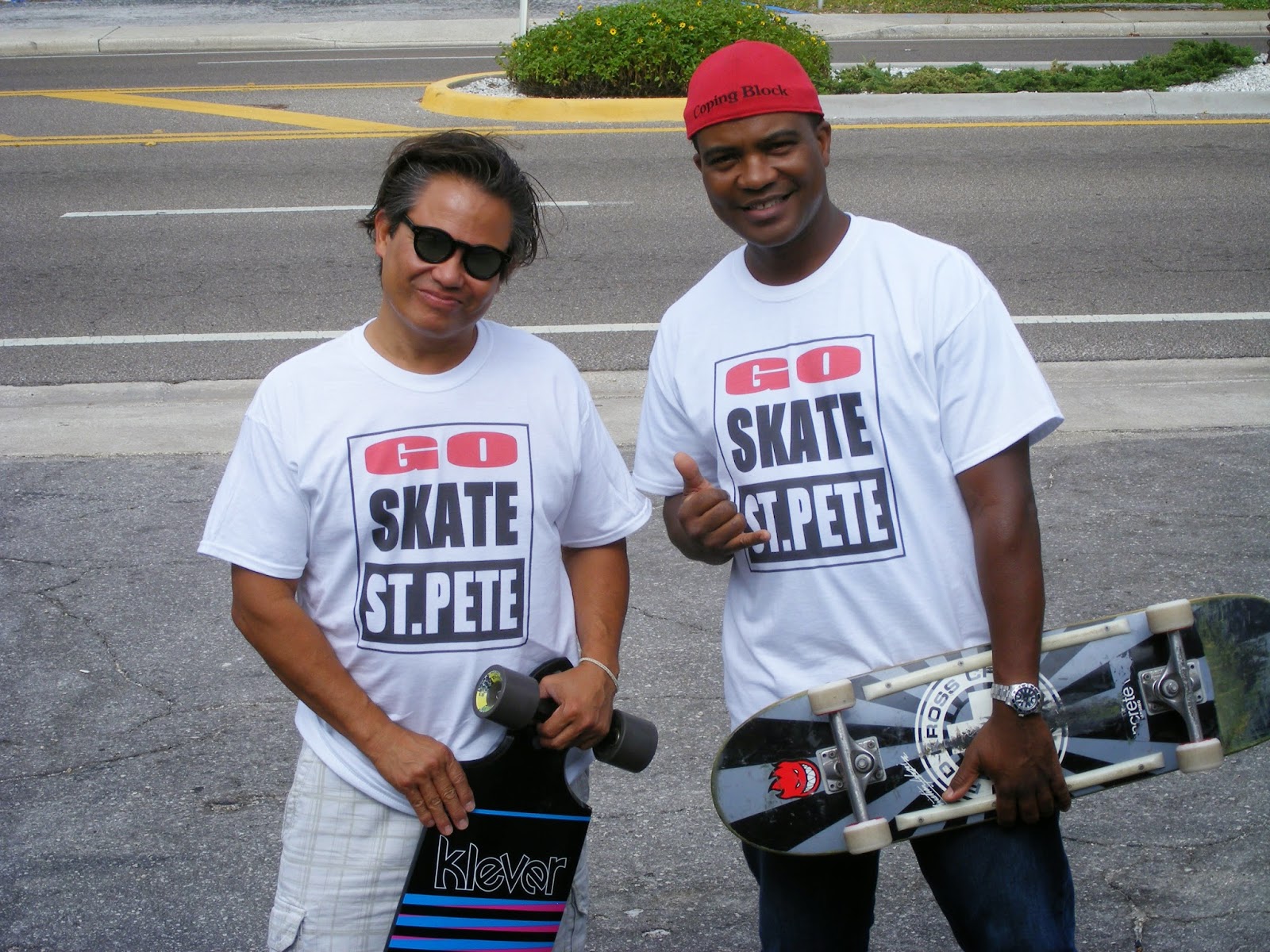 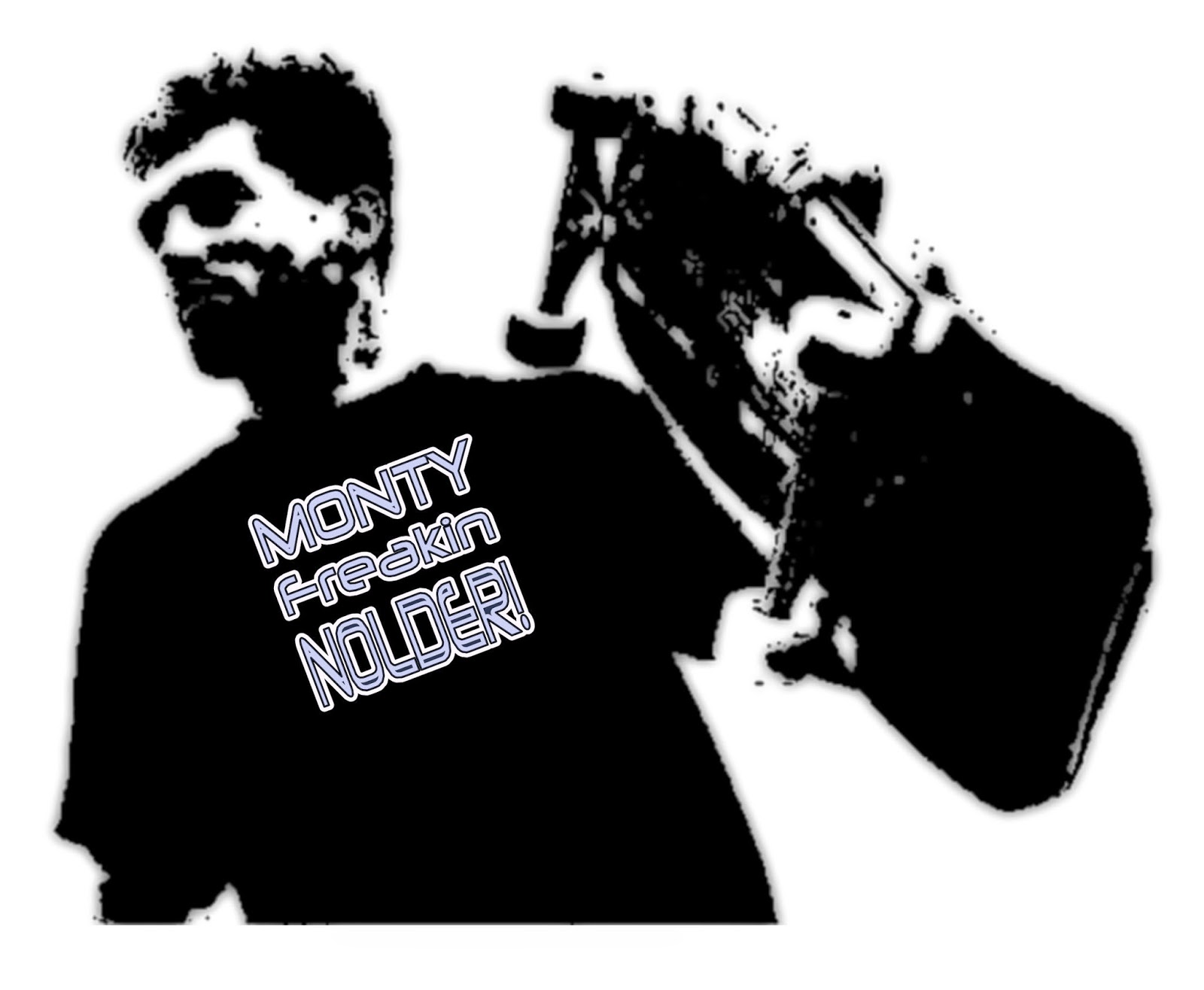 By Cleo Coney Jr.
As appeared in Coping Block Skateboarding Magazine
www.copingblock.com
www.stpetecentral.com
Monty, your classic signature decks are constantly hot and in demand on Ebay, did you save any from back in the day?

I have all the Nolder Schmitt Stix models and the foam versions too. I've also got a Hosoi and a BBC board as well.

Between the Sensation Basin in Gainesville and the Miami skate parks that you localized, which do you think advanced your skating the most and why?

All of them and also KONA in Jacksonville. I skated the Runway Skate Park in Miami where I learned a lot fromt the Runway crew. When the Sensation Basin was bulldozed I went to skate the Cambodia Ramp in Miami every weekend and then Kona. 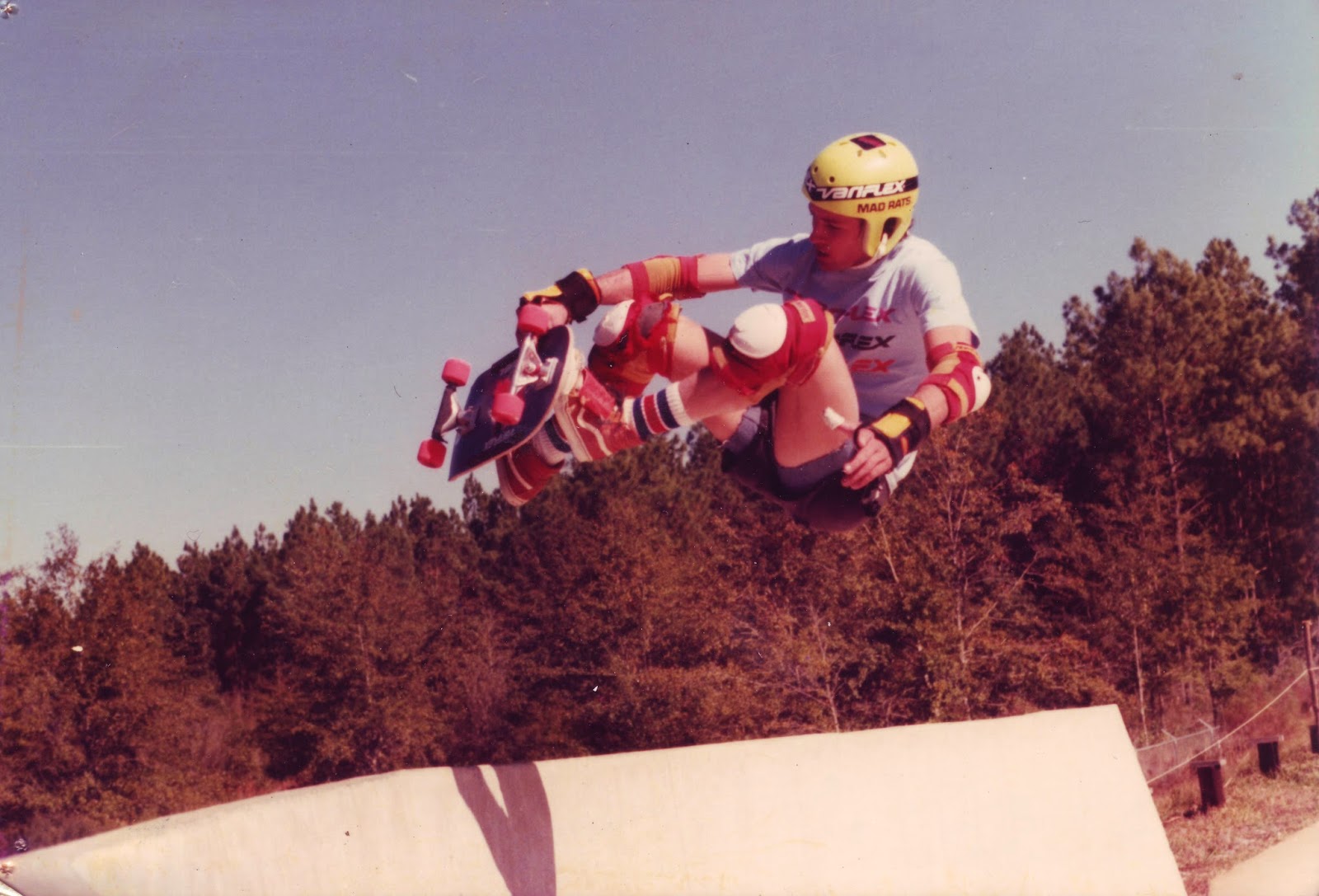 Are you skating much these days?

On and off, I'm not giving up, I'm working on a vert ramp at my house now so I don't have to drive so far.
I'm stuck in out in the desert skating with rattle snakes.

What was it like back in the day skating and touring with Christian Hosoi?

I loved skating with him, it was a blast! We had lots of fun, he's a great person. We were a machine. Can't wait to skate doubles with him again.

You spent sometime in Europe skating, what was it like and would you go back?

Killer, it was great! I'd love to go back. Lots of pools and ramps to skate and cool people. We had a blast with the BBC team. 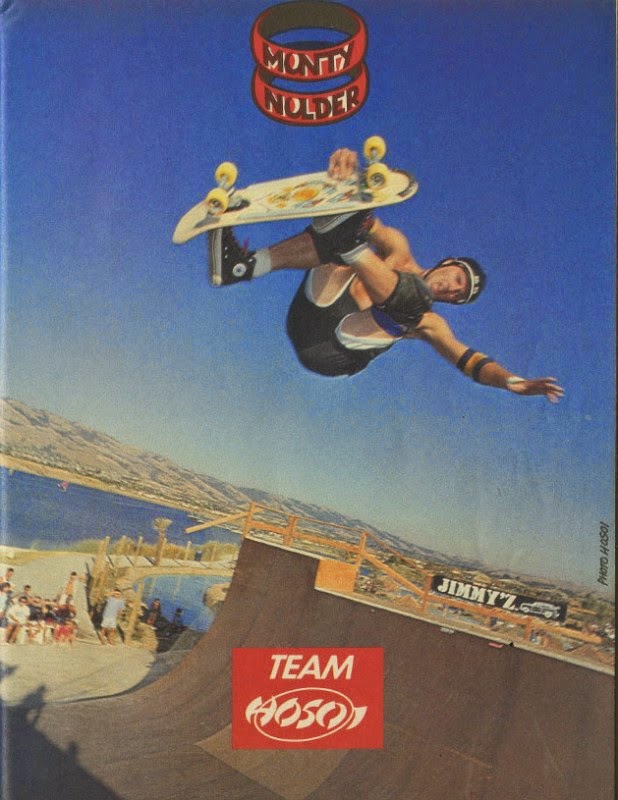 Where are you living these days?

Some where in the "Wild West".

Monty, what contest did you first skate PRO and how did you do?

It was the Pepsi Challenge at the Sensation Basin. I was still an AM and beat Mike McGill who was already a PRO skater, but I chose to stay AM. Then I turned later at KONA.

Some people had problems skating on the original Variflex trucks, but you were blasting out of Sensation Basin's high vert walls while riding those trucks. What was the key in making those trucks work for you?

Just had to try and get used  to them to figure them out. It was the same with G&S trucks too when I rode for them. The Variflex trucks rode backwards. I've ridden every truck and Thunder and Indy's are still the best. 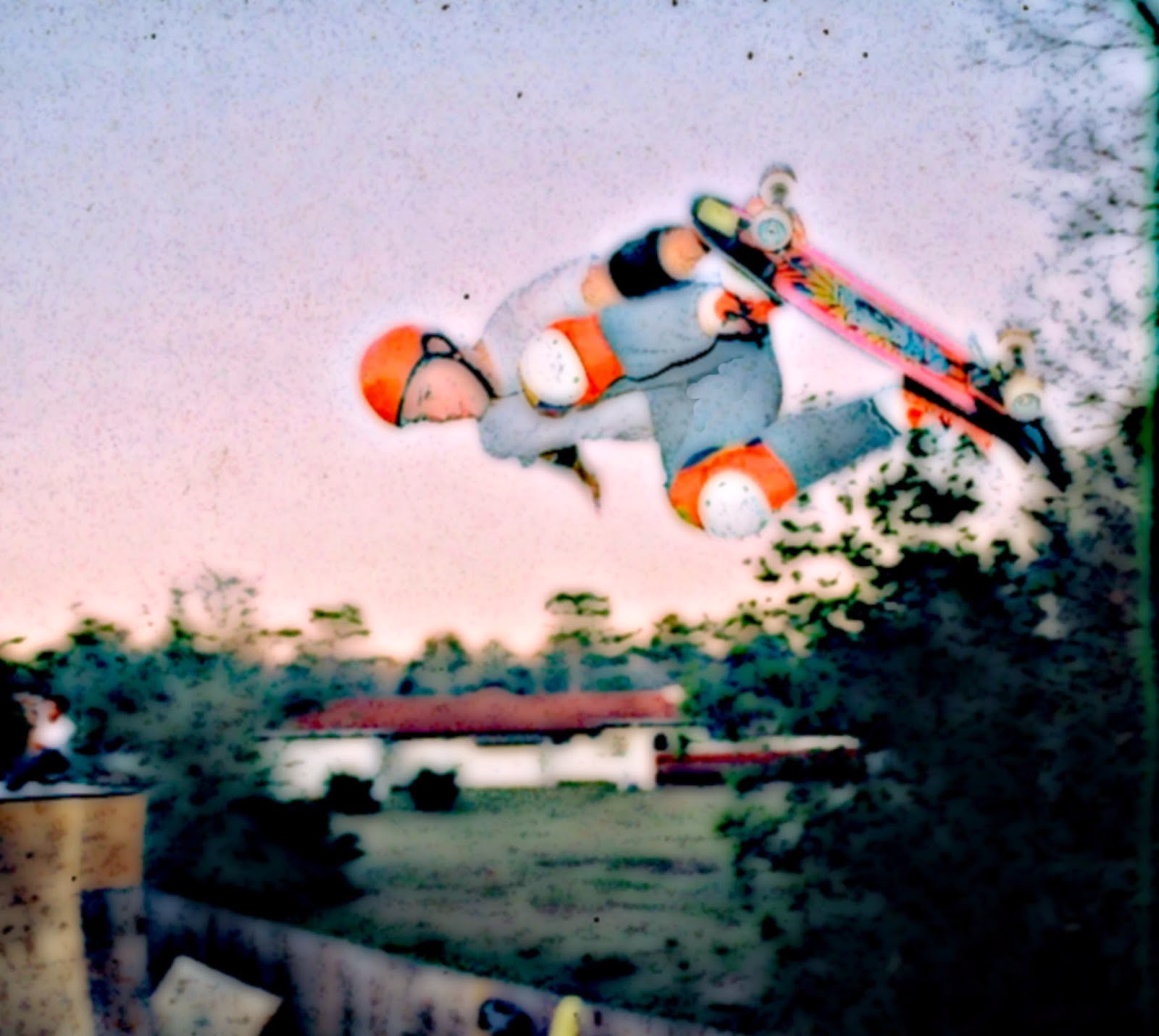 
How can skaters purchase one of your current PRO Models?

They were for sale on American Nomad's website, I guess they retired me. I'm looking for someone to sponsor an old man with power. 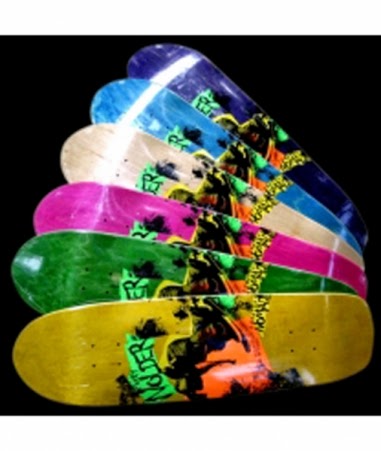 Monty, from all the ramps that you shredded from the Cambodia Ramp, St. Pete Ramp, Gainesville Ramp, Texas Metal Ramp, Leonard's Ramp and others which were your favorites?

Williston and Jonesville in Florida, all the Texas ramps, Stone Edge and the Saint Pete Ramp back in the 1980's.

Monty, your skating style has always been raw, powerful, aggro and fast! All over the skating world you've left your mark on the sport. There are skaters who still speak about the first time they saw you at a particular ramp, and how they remain in awe of how you rattled and shook their ramp and crippled their coping. Did you ever think you would leave such a large finger print on the sport of skateboarding?

Not at all, it just happened that way. I was just pushing hard to the power, I didn't realize I shook the ramp, I couldn't hear it rattling.. 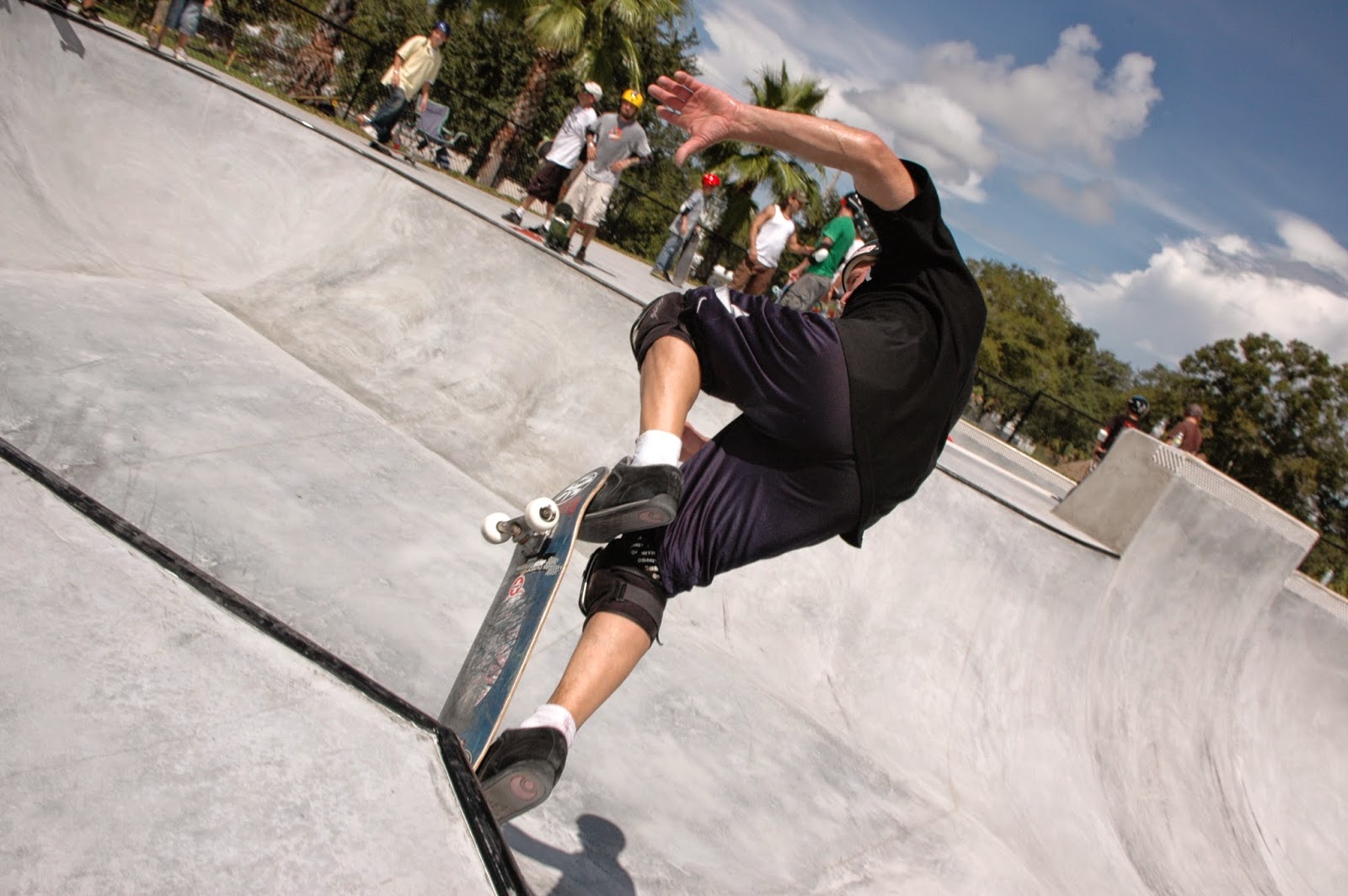 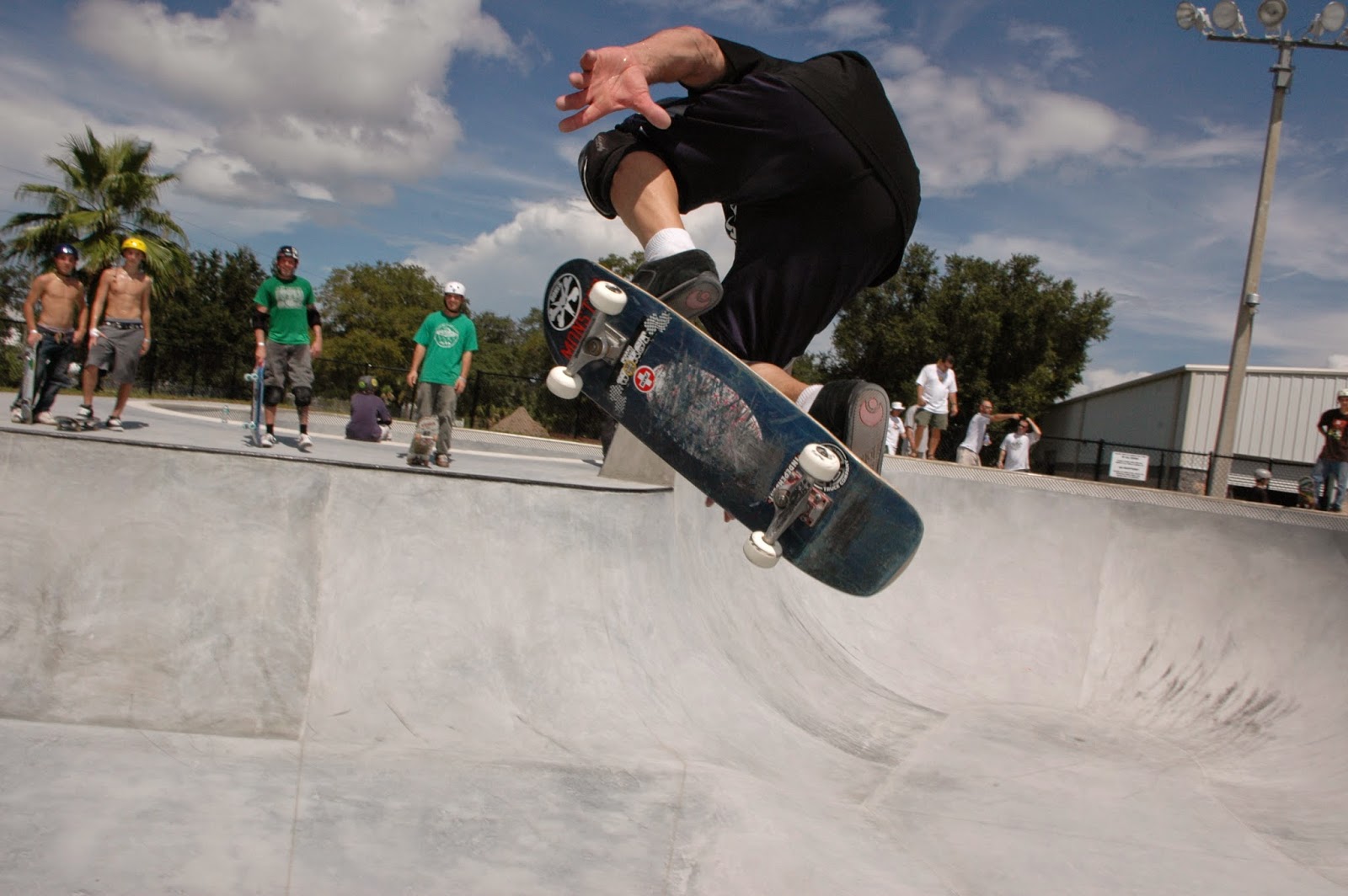 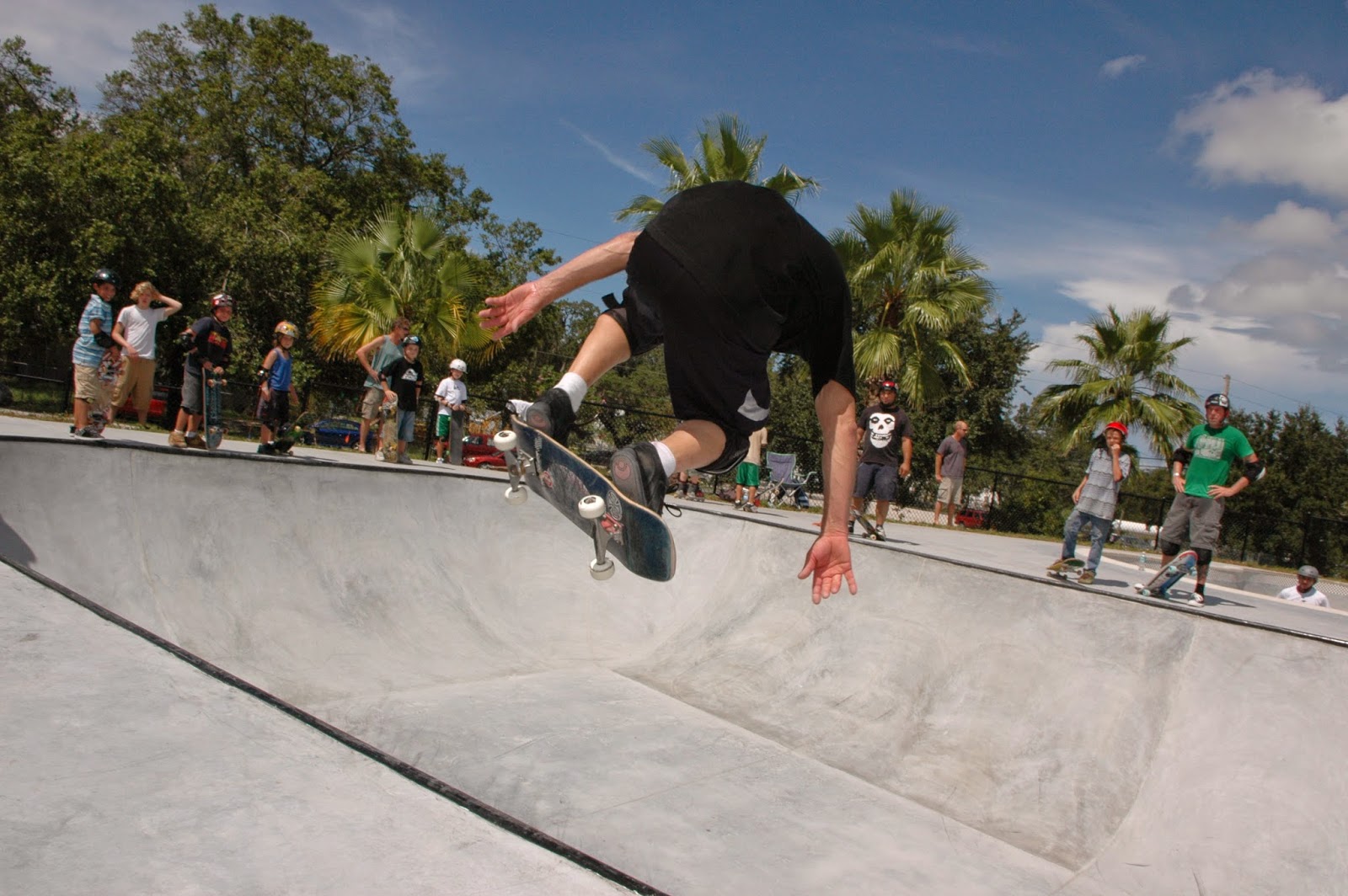 When did you get your first skateboard?

It was a Christmas present when I was in elementary school. It was a Roller Derby with clay wheels. I guess I liked it.

Monty, you were a core part of many skate crews over the years in Florida. You were a local in the Miami area, the Gainsville area, the Saint Pete area and more. Let's set the record straight, where and who was in your original skate crew?

Who were the skaters who influenced you the most when you first started skateboarding? 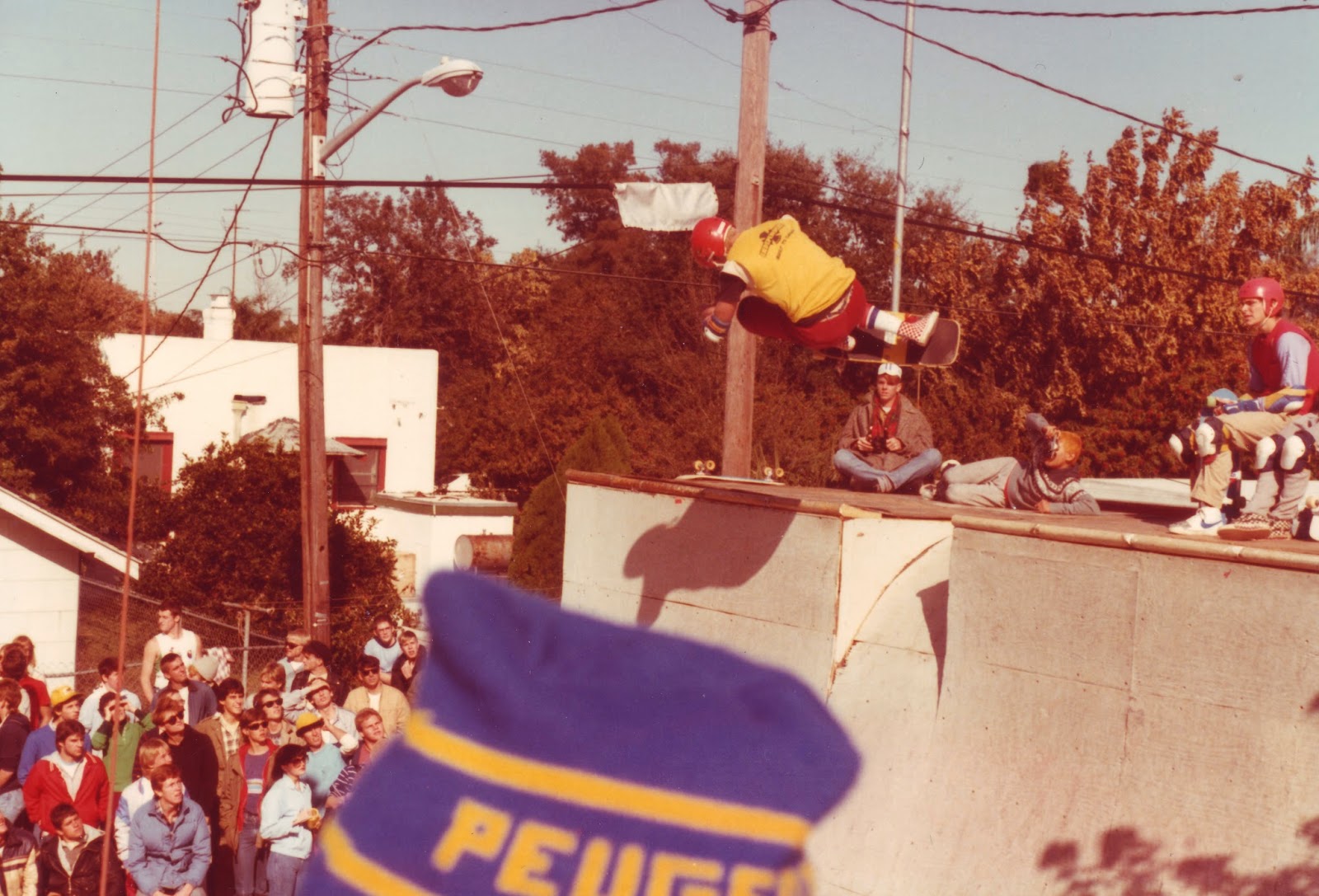 
When did you get heavily into ramp skating?

At the Williston and Jonesville ramps in Florida, those were the two baddest ramps ever!

Monty, you are known for taking any trick and making it yours, but you are also known for inventing the "Monty Grind". How did that come about?

Everybody was doing frontside Smith grinds so I got burnt out on those and did it backside and it worked for me. 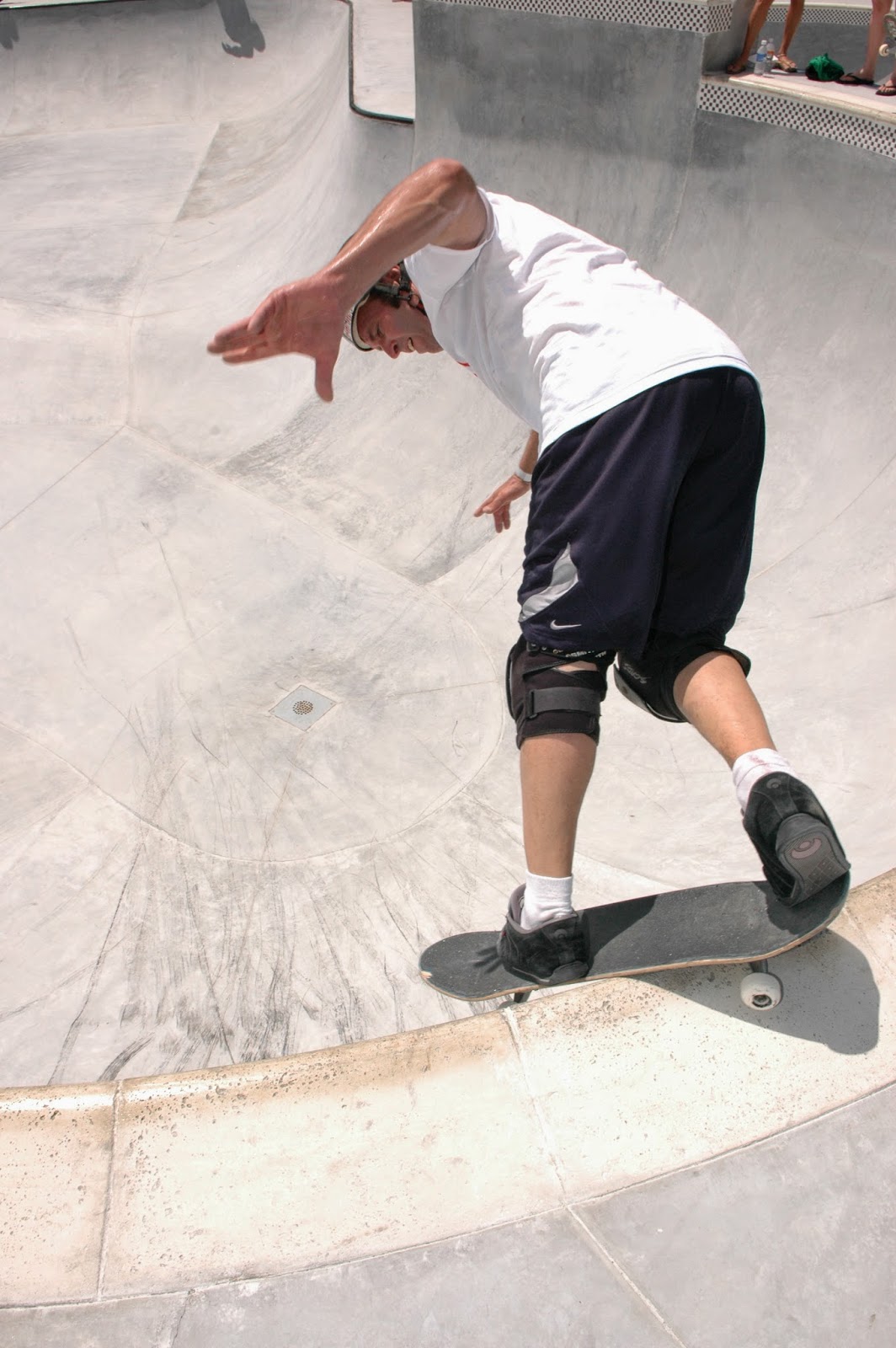 Monty, back at the Saint Pete Ramp I once saw you go for a channel plant and then totally miss the hand plant, but you held on to pull off a sick inverted Indy Air! What drives you to do the seemingly impossible
when you skate?

I saw Lance Mountain do it, so I tried to learn it the same day as the contest. It was nuts! I had too much speed to make the channel plant so I missed and then made it work.

Let's get into your previous sponsors, who were they and in what order did you ride for them? 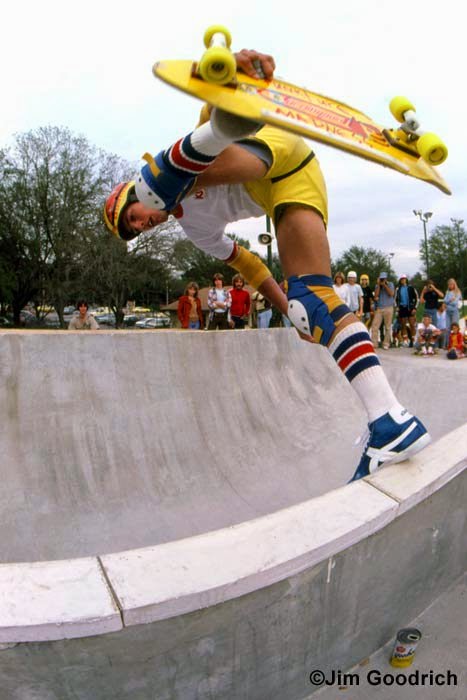 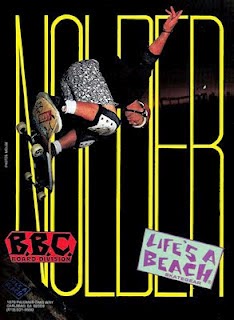 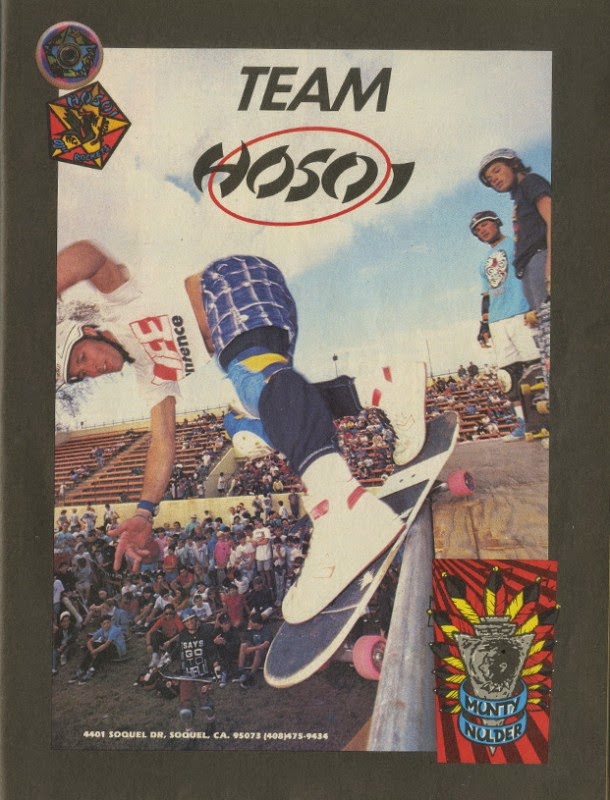 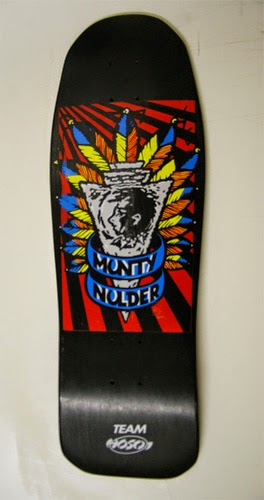 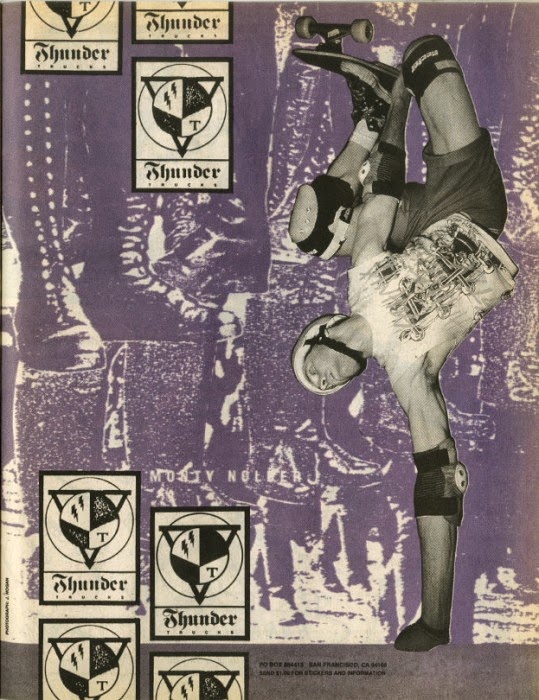 Monty, back in the day how long would a deck last under your fierce skating?

It depends what I was doing and how the wood handled. Concrete wore them out faster than wood ramps. Usually two months or less. But then there were those that I just thrashed in days.

Monty, the skateboarding world misses your powerful deck delaminating POGO! Was that one of your favorite tricks?

Sometimes, it was my favorite bang trick. I was doing it for Schmitt Stix to show how strong they were. It was part of the advertisement, you know. 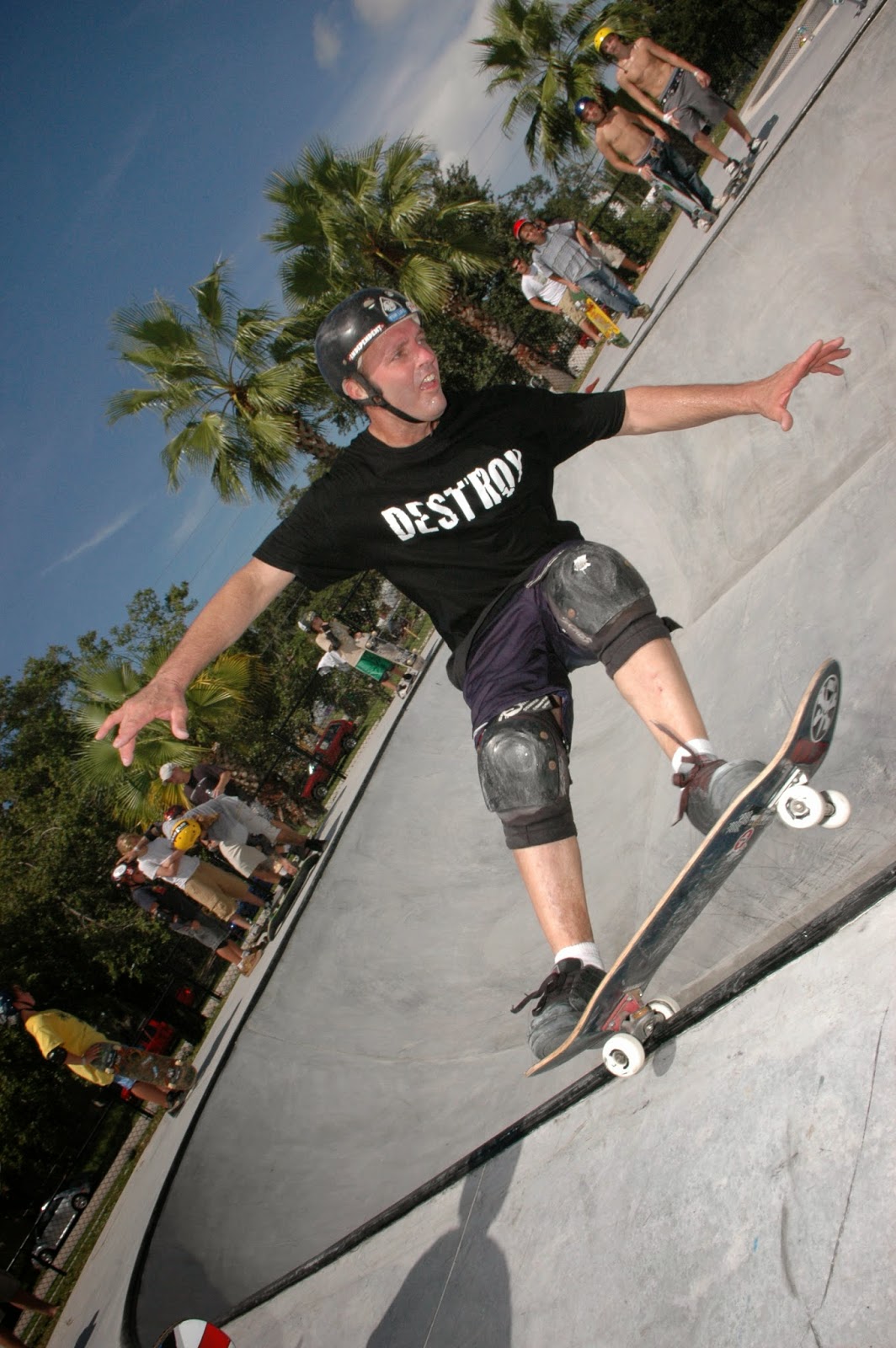 
There's been some chatter of getting the Variflex Team back together for a session, are you down for that?

Absolutely! I love them! My first Cali team, thanks Variflex for the support! Real cool team, better than Powell.

Everybody misses skating with you Monty. Skaters like Cab, Hosoi, Weir, Baucom, Webb, Beauregard, Grigley and all your old skate crews dude. When and where would you like to get a sick session going so everyone can ride with you?

I'd be happy to skate a session anywhere we could all get together. I'm on the west coast now, there are so many great places to skate, and don't worry, I'm coming back better than ever. 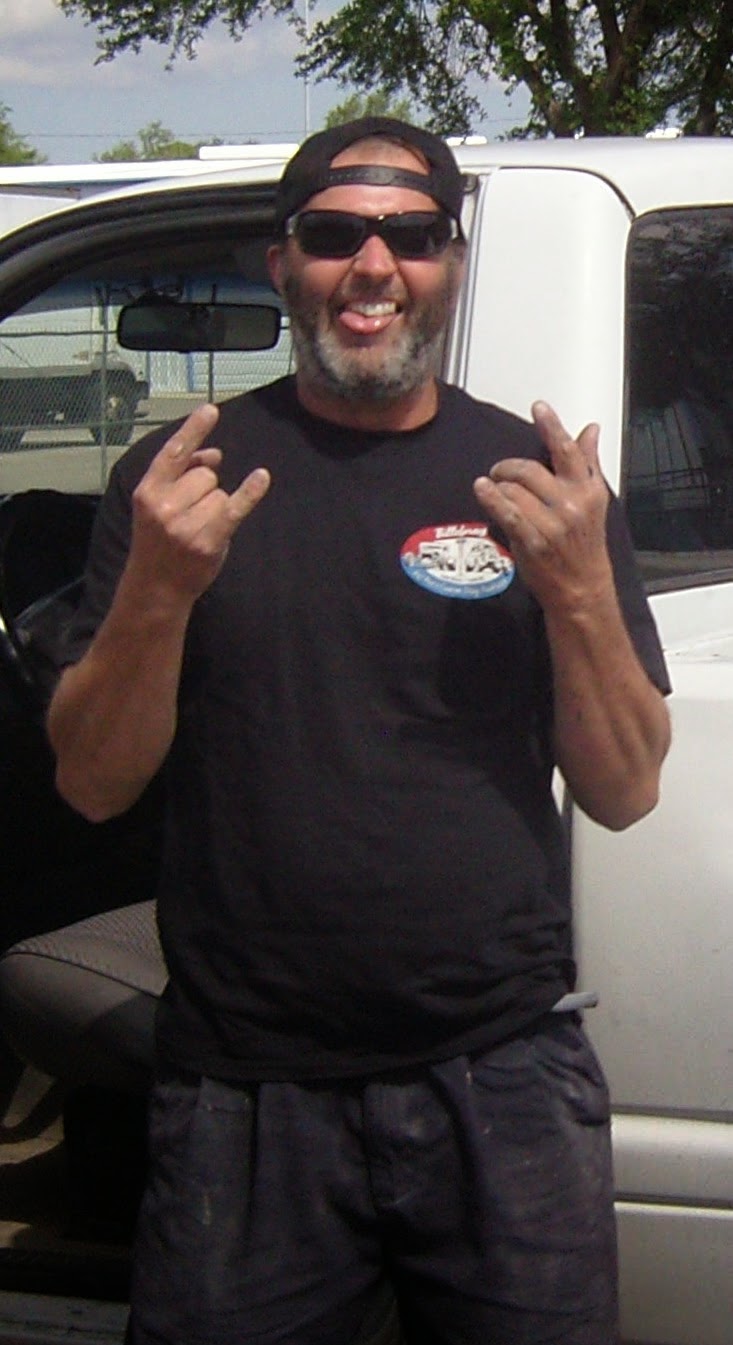 Monty Nolder with beard and truck outside of the S.P.O.T. photo by Cleo Coney Jr.


What did your family think about your skateboarding back in the day?

My mom and sister loved it, but my Dad was too nervous to watch, he'd just sneak off and drink beer.

Monty, you pushed skateboarding harder than most, and each of your skate lines was highly anticipated by those lucky enough to skate with you and witness your energy first hand. I'm glad I was one of those people. Do you have any thanks or shout outs you want to say to those persons or skate companies that worked with you in the past?

Thanks to everybody, the whole world for pushing me to skate hard as a hardcore hearing impaired skater. There were so many people supporting me, you know who you are, and of course thanks to Paul Schmitt, always and forever! 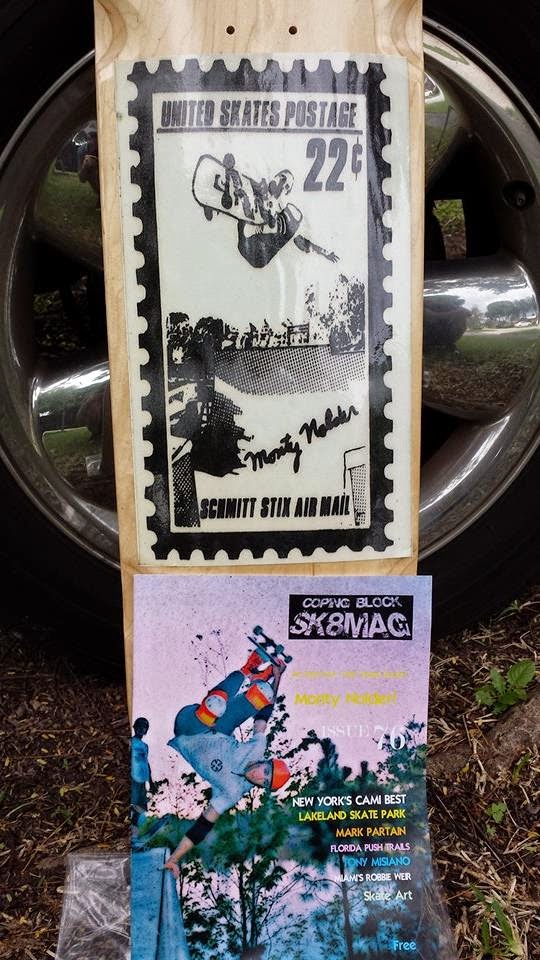