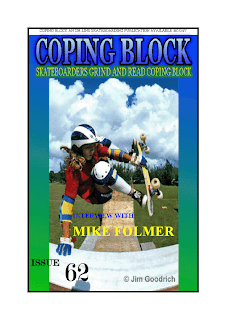 The Mike Folmer Interview is brought to you by: 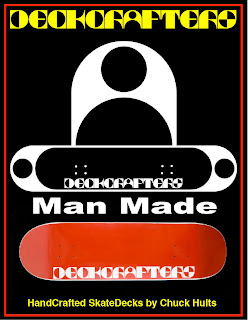 His finishes in California Skateboard contests in the late seventies and early eighties were always in the top tier of the competition. Everybody has a Mike Folmer impression from those skateboarding days of glory. Mike Folmer was and is one of the best skateboarders ever to come out of Florida.  Even today, Mike Folmer’s imprint is still on the minds that got to witness his skating first hand. Some of his peers and some of his long time fans took a moment to reflect on the man and his skating.

Mike is the coolest skater to come out of Palm Beach County, Florida, if not anywhere.  He had style on and off the board. Just like Hosoi did in the later decades, Folmer was the Fonz of skateboarding in the 70's and 80's.  Every move on a skateboard was beautiful, a simple tail tap or carve was thrilling to watch.  I believe you will see a little of his style in every Palm Beach County skater.

-Steve Marinak
Mike was the first guy I ever saw fly off the side of the tombstone and back into the bowl.
To this day he is one of the best guys to do it.  So much style!
I have the pic hanging in my office . . . its one of my personal favorites.

"Mike was always a fun guy to hang out with and one of my all-time favorite skaters to photograph. He always raised the bar wherever he skated with his smooth and powerful style and go for it attitude. I didn't get the chance to spend as much time with Mike as I did with the other Florida skaters and I always looked forward to sessions with him. Mike's talent was key in showing the rest of the world that Florida's skaters were a force to be reckoned with."

I loved how he dragged his tail on backside airs on take off. He flowed like water & did great Miller flips!!

My most memorable moment with Mike Folmer was after he broke his leg in Georgia I went to the hospital to visit him and let him know that he was the first East Coast skater to be on the cover of Skateboarder Magazine. He was so stoked he couldn't believe it! That was the best pain relief possible!

When Mike was still in a body cast at a Clearwater skate contest when he saw some photos of me and was (probably acting) incredibly stoked.  He probably will not remember it but he made me feel so good.  It 's not what people say; it's how they make you feel.  Feels good now just remembering it again.

I have two:
1). Mike’s inverts on the coping side of Clearwater Skate Park's half-pipe, while making eye contact with the crowd. I think his board was covered w/ S&H green stamps.
2). I (my Mom) bought a Folmer Stinger at Clearwater Skate Park. He was skating there and someone told him. He came over and signed my board and gave me a bunch of SIMS stickers. I thought he was a rad skater, but I used the stickers to cover his signature. I kind of felt like a kook having a signed board...too bad I don't have it today.

and his fast aggro surf style! I approached him and asked for a sticker and he took me out to his van and gave me like a 100 red Sims Wing stickers, coolest PRO I ever met right there... 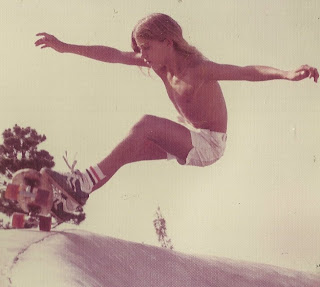 A very young yet stylish Mike Folmer back in the day.
Photo by Jack Folmer


Mike we know you live on the west coast these days,
but where did you live in Florida when you first started skateboarding?
We had the 10th Ave ditch, Hypoluxo ditches, some pools, and Lake Worth High School had a 10'x 50' pipe that became a smoke stack that can be seen to this day off of Lake Worth Rd./I-95.
I used to roller skate @ Galaxy roller skate rink on Friday nights, and one day I took my skates apart, drew an oval shape on a sheet of plywood, cut it out and there was my first skateboard. Come to think of it, Galaxy rink used to have a skateboard night around 1975 or 1976 with plywood banks.
We were blown away! Rodney Jesse, fast, out of control! He was doing Gnarly barking lips slides with those tall brewer wheels. That lit a fire under all of us and the next day we were doing lip slides. Do you remember the first time you hit coping?

That’s gonna take some memory jogging.
I liked to skate with everybody, there, everybody!
Just kidding,  at first I used to skate with my next-door neighbor, Mike Cormier.
We used to play skate derby on his sloped driveway with fiberglass boards and ram and kick them into each other’s board.  Man, we beat the hell out of those skateboards! Mike Brooks and I hung out a lot and would try to find anything we could to skate.

I remember the abandoned West Palm Beach Polo grounds, and guys would take any and all scrap materials to make a one sided bowl under a carport area. Dude! It was Gnarly!  Pieces of metal, fiberglass, plywood, cardboard, anything laying around and just slapped together with bent nails sticking up. Not to mention, we used to skate barefoot!

Scott Mc Craniels, actually His Uncle Paul, and his dad Chummer too! Paul turned us onto the Hypoluxo drainage system. New fresh poured cement for the I-95 under pass. It was like a mini skate park to us. It had 4 or 5 sections. Later when Skateboard Safari opened up I stared to skate with Pat Love, Chris west, Chuck Lagana, Johnny Miller, Tony Montavlo, John and Tab Textor, Danny Billard, Joe Saint Angelo, and many others. I’m sure I'm forgetting some, but unfortunately not much contact with most of them. 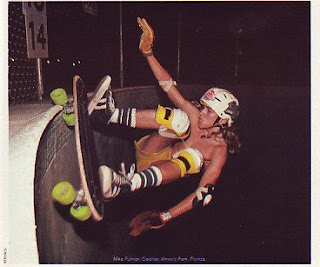 There has been quite a lot of influence on skateboarding from Florida skaters like you.
Why do you think that is?


I think Huck Andress won by doing a headstand spin.
Ron Heavy side at Nomad Surf Shop sponsored myself, and Mike Brooks. 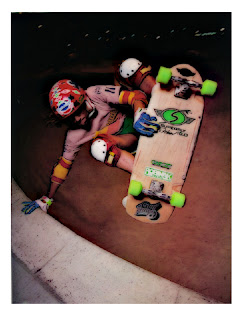 How long did you skate as an Am before turning PRO? 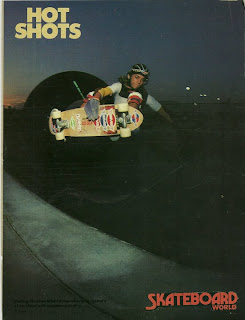 I think at Del Mar I was doing kind of a Disaster to Bert, and landed wrong and leaned to the other arm.
They showed me how to walk into Tom Sims office with a pile of receipts and walk out with a fat check! Brad Strandland had it mastered. You gotta remember, I was only sixteen and I didn’t know anything about reimbursements. 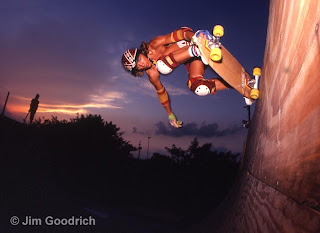 Mike Folmer on the Hollywood Ramp.

If you could reconstruct any section of any of the old skate parks that you skated
Some of Cherry Hill's pools, the snake run from Colton, and the washboard Winchester Skate Park.
I'd say the finals at Oasis Gold cup in 1980.
They had so many skaters that when I made it to the finals I was tied for 1st with Eddie Elguera, but everyone was so tired that Micke Alba stayed on his board and won at like age fourteen. 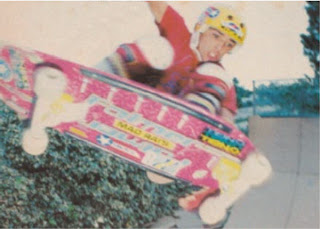 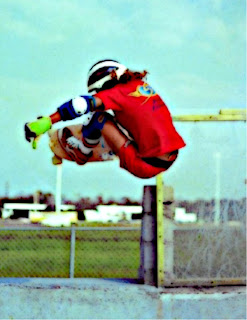 
So it was cool to be able to hang out with Alva, Jay Adams, Wally, Strople, Waldo, Larry Bertlemann, plus, Ah Shit! Hang on a second, I gotta bend down I dropped a name! Oh and thanks to the Ramos family, we Floridians got to meet all the California skaters at Kona in 1977 at the Pro-Am they put on. 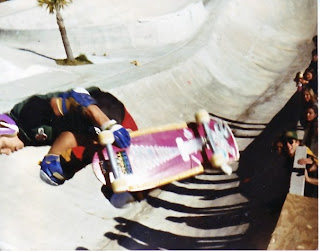 Mike Folmer flying backside out of the Sensation Basin. 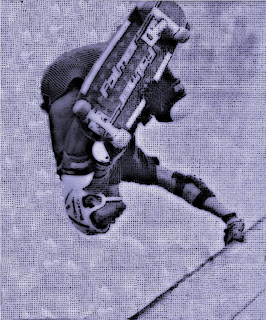 Mike I understand that you are an avid fisherman, what’s been your best day of fishing ever?
and my forty ninth birthday when I caught an eight foot two inch Thresher shark, this time with the assistance of "Willis" that’s right! Todd Bridges from “Different Strokes”!
Diaz’s, Peddie’s, Schmitt’s, Murray’s, Baucom’s, Mullen’s, Beauregaurd’s, Bentley’s, etc., all where would skateboarding be today?
There would be no "Ollie’s" or "540's", the progression of skateboard technology would be in the dark ages, and there would be a lot less style to the sport.

What’s your opinion of the “X” Games?
It was less about an image thing or whom you knew.
In the Hester Series contests you had to do a compulsory routine.
If you couldn’t complete that, you were out of the contest!
Do you have any lifetime shout outs or thanks you’d like to share at this time?