"How We Roll" in Coping Block Skateboarding Magazine! 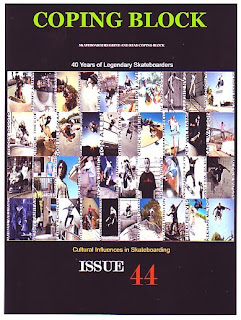 
“HOW WE ROLL” FEATURED AT THE CALIFORNIA AFRICAN AMERICAN MUSEUM 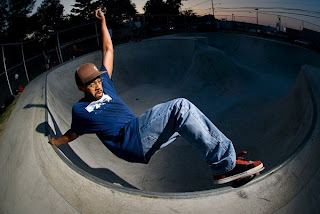 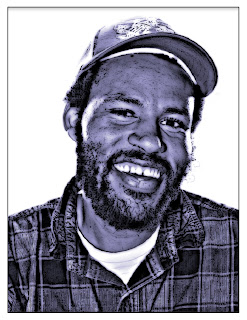 
When an individual develops a passion for an activity like skateboarding, you wouldn’t think that the people that they grew up around would have a problem excepting such an activity would you? However, that’s just what many African American skateboarders have experienced over the years!  Most black skaters will freely tell you about having a hard time in their own community because they had friends from every walk, talk, and ethnic background, which in many black communities is looked upon as“going against the grain.” 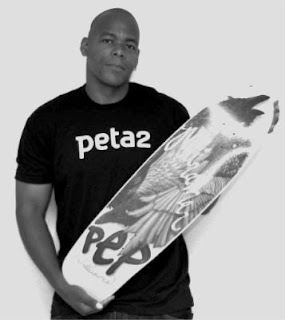 
Enduring the walls of rejection and other obstacles that faced inner-city residents, along with the day-to-day issues that are prevalent, it took tremendous perseverance just for these skateboarders to stay on their skateboards and do what they loved. This exhibit stands as a testament to the strength of the bonds created due to the relationships and life long friendships developed throughout the entire skateboarding community.  Everyone in this sport is part of a much larger family. Stephanie Person is the only black female professional vertical skaterboarder.

After a questionable one day notice to attend a meet and greet at the “How We Roll” exhibit, a surprising fourteen hundred plus persons attended the quiet opening. This was a huge turn out which really only happened due to positive word of mouth. Kids of all ethnic backgrounds seemed amazed to discover that there have been black skateboarders ripping going back beyond forty years!  Perhaps this eye-opening experience will create future generations of skateboarders whom will bring a whole new love and individuality to skateboarding, as have each successive generation of skateboarders. The positive vibe flowing from this event will reach well beyond the walls of the museum in which it sits. 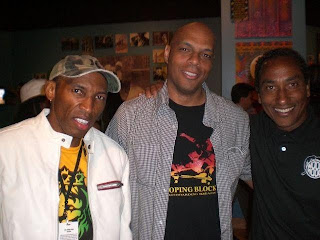 
Steve Steadham, needs no introduction, he spent his early years living and skating with Freddie De Soto (his early influence) before riding for Powell and starting Steadham Designs. Today, at forty-seven years of age, Steve is still shredding pools and competing in the yearly Vans contest for the masters division. 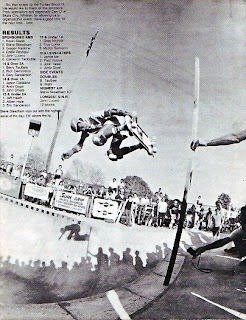 Bryan Ridgeway, easily the most involved in the sport on every level than any other black skateboarder. Bryan help start Transworld Skateboarding Magazine with Neil Blender, Garry Scott Davis, and Lance Mountain. Bryan has the skills and connections to elevate any skateboarding related entity. 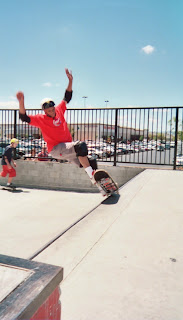 
Marty Grimes of (Dogtown / Zephyr fame), is one of the original pool rippers
who’s blistering assault on coping earned him a spot on Z-Flex back in the seventies. Marty Grimes is also the first black skater to have a signature model. At the grand opening of the “ How We Roll “ event, Marty Grimes shook more hands of fans and admirers than he had previously in all his skateboarding years combined! 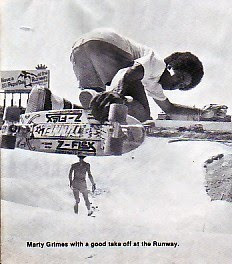 Marty Grimes at the Runway circa 1977 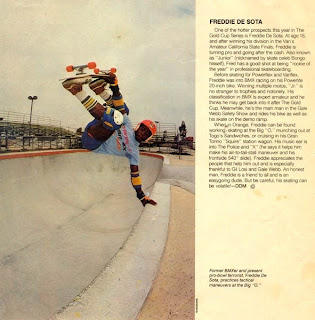 Many individual contributions to action sports that are loved by millions world wide go unnoticed, unreported, undocumented, and unrecognized. The “How We Roll” exhibit is just the beginning of bringing to the forefront those contributions to Skateboarding, Surfing, and Roller Skating, by those multi-talented black participants across America and further. Don’t you miss out on the opportunity to see some great images, fantastic art, and super achievements of these young at heart life long participants whom are still getting their roll on. 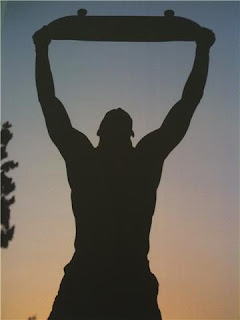 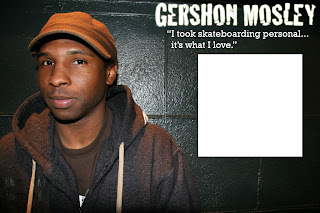 "How We Roll", reception end video. click here to check it. 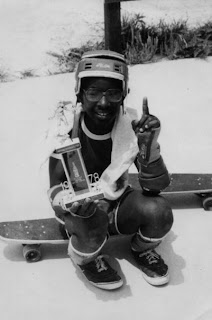 Don Hillsman II showing off his trophy circa 1978 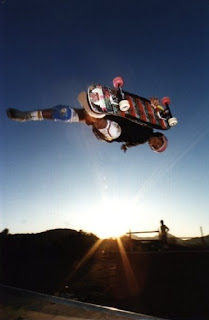 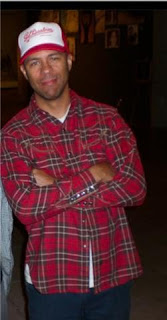 Rad skater Sal Barbier at the "How We Roll" grand opening. 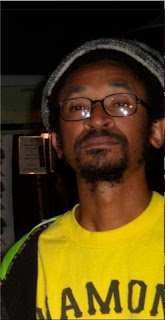