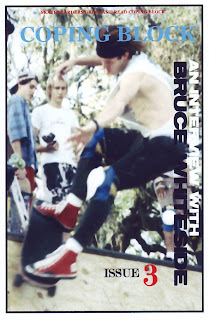 Bruce Whiteside always attacks the lip at speed and at will.

How long have we’ve known each other?


A long time, we went to the same elementary school in the first grade, Fairmont Park. I don’t think we hung out then. Later, I moved away for a while. We started hanging out when I moved back to the “Burg”, round ’77 or ’78. If you count first grade, Forty Years!

When did you get your first skateboard and what kind was it?

I skated for a long time before I ever had my own board. There was always one around, a brother’s, a cousin’s, who ever was into it. I got my first board right after urethane wheels became available, it was this orange Hawaiian print fiberglass board from Kmart with lose bearings. The wheels in the back were wider than the front. Looking back, it was really crappy, but at the time I felt like I won the Lotto! I got my first “Real” board in the late 70’s. A Dogtown, P.V.C. tail tap, with Lazer Trucks and Hobie Dos XX wheels. I still remember the smell of the adhesive on the grip tape as my mom was driving me home from Earthin Surfin Skate Park.

Did you ever imagine Skateboarding being as big in your life as it ended up being?

No, If I had of, I would have made more of it, but so would have everyone. I had no concept that I would be riding a skateboard at forty four. I remember skating Clearwater Skate Park with Fish, before I knew him well, when some kid asked him, “Hey man, how old are you”? He replied “I’m nineteen, I’m a F’n old man”. I thought to myself, “Man, I’ll probable be done a long time before that.” 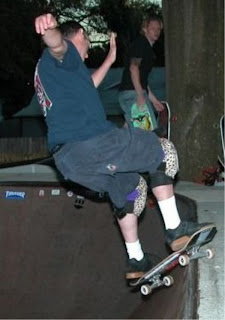 Bruce during a Burg Bowl "Old Man" Session going off.


You’ve been apart of many ramp designs and construction, how many would you say? Plus, talk about the “Nacho Ramp” and it’s design.

Don’t know how many, I’ve just always been a strong proponent of the DIY skate scene.
I’ve always tried to help anyone who wanted to build something, especially those who needed the help. The Nacho (v.1,2,&3) was born out the lack of a skate scene of any kind, in St. Pete. The final version was a 20’ X 6’ – 7’ mini with elliptical transitions. A lot of people were building elliptical ramps, but they were putting the shorter (faster) side of the transition at the bottom of the arc, making the top of the wall more mellow than the bottom. We inverted this idea, making the bottom slower and the top faster. It worked out really well. The result was a smaller ramp that rode like a bigger ramp due to the pitch at the top. The added bonus was that longer, drawn out tranny at the bottom kept your speed much better than just rolling across flat bottom. We got lucky with the design! A lot of kids learned to skate there. 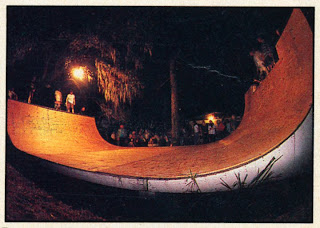 What now defunct local skate park was your favorite?

Don’t know if I had a favorite. I liked different things about each of them. It seemed like as soon as one closed, we just migrated to which ever one was closet in our radius. Earthin, then Rolling Waves, then Clearwater, then Rainbow, then sometimes the Basin. “Earthin Surfin” and Rolling Waves didn’t really have anything good, but they were close. Clearwater had the little Half-Pipe. Rainbow Wave probably had the most skateable terrain, a freestyle area with little hips, good snake run, little bowl, and that flat-walled half-pipe with epoxy coated coping. Like snot on ice!!

Skateboarding has given you so many friends over the years, which ones are you still in contact with today?

More than I thought I would be. I talk with you and Grigley the most, but I’m still in contact with the rest of the original St. Pete crew on a pretty regular basis. Schmitt, Chuck Hults, Bill Procko, and John McGuigian. I even got a call from Michael Daly a few weeks ago, I see Monty once in awhile, and I hung out with Todd Webb at Procko’s house last year. Those are all guys from the St. Pete ramp/Skate Park era.
I still skate with some of the people who were around the “Nacho Ramp”, Tullie, Justin Mastry, Ed =2.0 Conti, and Will Godfrey. They’re really good guys, they make up the “Burg Bowl” crew. 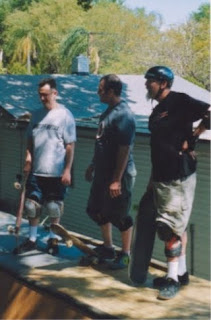 
Paul Schmitt, Let’s get into your association with him and any projects including ramps you worked with him on?

Paul helped us build the final few versions of the St. Pete Ramp. I think he used to build sailboats, or something, so he knew how to use tools early on. I worked for him, along with Chuck Hults, at the original Schmitt Stix Factory, which was just a storage unit at the end of Busch Blvd in Tampa. I made boards, packaged rails, and deigned some of the graphics on the early models. In the years that have passed since everybody moved west, Paul has always been really supportive of the original St. Pete Crew and this area. He’s quick to flow equipment, and even helped us out with the manufacture of the “Burg Bowl Deck Series. 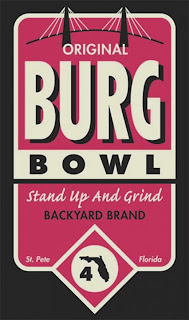 What are your thoughts on steel coping versus pool coping?

I hold no prejudices.

Is there any previous skate sessions in the past that stick out in your memory and why?

No, not really, just certain places and time frames, the early day’s of the St. Pete Ramp, before the scene got too big. The Hey day of the “Nacho Ramp”, and the big parties, Warren Dunn’s Ramp in Tampa, Chuck and I used to skip work at Schmitt’s and go skate there. I guess any session that includes good friends.

What was your dream “complete set up” as a teenager, and what are you skating today?

Money was pretty tight when I was young, so new boards were rare. One Christmas my mom bought me a Sims Brad Bowman “Superman” model with Indy 169’s and yellow Gyros. Other than my wedding and the birth of my children, this may have been the greatest day of my life! Just kidding, but I was stoke! Right now I’m riding a 8.75 “Burg Bowl” shape with Indys and OJ III’s.

Who are your all time favorite skaters?

Obviously all of my friends, yourself included, but locally from the early days, I was impressed and influenced by people like Michael Daly, Matt Davies, John Grigley, and Chuck Hults was always a blast to skate with. Floridians? Folmer, Beauregard, Monty, Buck and Shawn Peddie. As far as people I didn’t know, photos in the magazines and stuff like that, I always thought Chris Strople, Brad Bowman had great style. I always liked Duane Peters’s full on aggro. I’m sure I left a lot of people out that I’ll remember and feel bad about later. 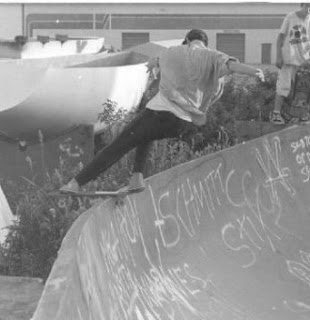 When did you meet the Beastie Boys?

Wow! That old story is still banging around? I really don’t know them. When they were touring in the eighties, some of them, their support staff, and the other touring bands (Fishbone?, Murphy’s Law?) hung out at the “Nacho Ramp”, drank a lot, and fell down a lot, for a few days. MCA took me, Thom Nicholson and my girlfriend at the time to breakfast after the show, that’s about it.

What was going through your mind when the last ply of new wood was screwed into the infamous St. Pete Ramp?

What happens if I fall over the platform in the dark! In those days before the last ply was down, John and I were usually already skating with Paul Schmitt yelling at us to stop because he was the only one still working! You had to Ollie the extension cords in the flat. 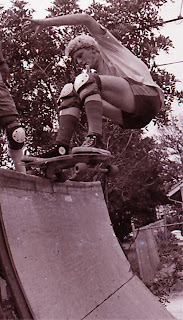 Bruce Whiteside Laying down the law on some gnarly coping.

Now that you are married with children of your own, what views in life have changed for you? 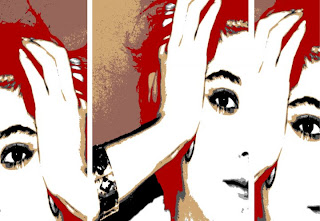 The love of his life, his loving wife Wendy.

Things that you once thought were important, or necessary, no longer are. You can’t drink as much anymore either, even though sometimes you’d like too!!

There’s some scary phrases in there, but I’m kinda fond of “Flips” and “Roadside Quarter – Pipe”, they went well together in my neighborhood. 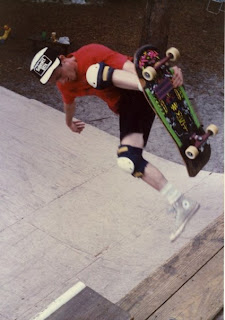 Bruce rocketing up through a fast plant.

Elaborate on the importance of sticker placement in the early eighties? 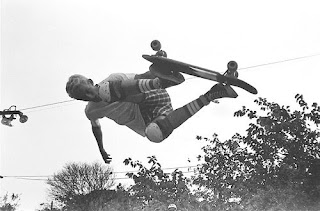 How often do you skate these days?

Not as often as I would like. Responsibilities and the body of a ninety year old keep me off my board most of the time. Over the past two years I’ve only skated a handful of times. Skated all day at Procko’s with he and Todd Webb, Todd Johnson, Jay Turner, Chris Baucom, and some guy named Cleo a few months ago. That was a blast and the most fun I’ve had on a board in a long time. Our local skate spot is back in operation, so I’m going to try to skate at least once a week, we’ll see how that goes.

Anything you want to share or say to the young skaters of today?

Get out of my way.